Jungle Juice Drug Poppers – What You Should Know 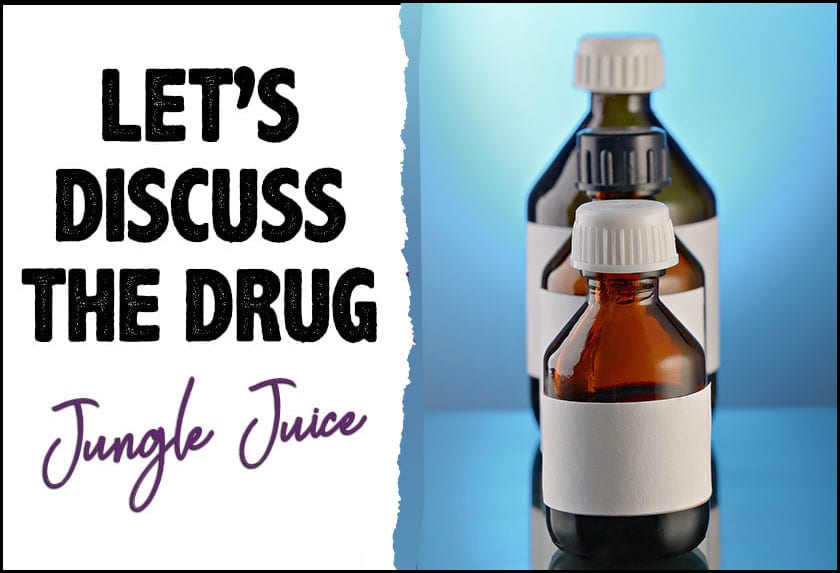 Drug education is vitally important, especially for young people – knowing what to look out for will help people avoid drugs and a substance abuse disorder. One such drug to be knowledgeable about is Jungle Juice.

Here are the ins and outs of the drug, as well as known side effects when Jungle Juice is taken. First and foremost, what is it?

What is Jungle Juice?

Jungle Juice is amyl nitrite, which is a very well-known collection of chemicals called alkyl nitrites. Typically, these are called poppers.

In addition to the name ‘Jungle Juice,’ this drug also goes by TNT, Kix, Purple Haze, Rush, Ram, and Thrust.

While this drug is known as a popper, in younger crowds this is more likely to be known by the actual product name, whether that be Jungle Juice or one of the other aforementioned names.

The History of the Drug

Amyl nitrite was developed in the year 1844 by a scientist named Antoine Balard, who reported that the vapor of the drug actually gave him a bad headache and made him lightheaded. After further experiments, it was discovered that it was beneficial when it came to lowering blood pressure. The lightheadedness that the scientist experienced when he first encountered the drug was actually his blood pressure dropping.

Over the following few years, physicians caught on to the drug’s ability to lower blood pressure as well as relieve angina pectoris, a common symptom of cardiac disease.

After around 100 years of documented medical use, the FDA approved poppers as an over-the-counter drug. However, they very quickly discovered that these were being used recreationally at an exceptionally high rate, and they changed the requirements back to needing a prescription to purchase it.

In as early as the late 1800s, the rush of blood in amyl nitrite users was discovered to increase men’s sexual excitement.

Poppers were described as a gay drug for a few decades, as gay men used it regularly to either enhance sexual encounters or make the nightclub experience more intense. It was most popular among this demographic in the 1970s and 80s.

In more recent years, the use of this drug is even more widespread, with people of all different ages and sexual orientations partaking in it.

Is Jungle Juice a Drug?

Amyl nitrite is actually a depressant, meaning that it will slow down the messages between the user’s body and brain. As discussed before, it is also a vasodilator, which is a medicine that causes blood vessels to dilate and the involuntary smooth muscles to relax.

In addition to this drug being used for cardiac disease symptoms, it is also useful when it comes to cardiac procedures and cyanide poisoning.

The effects of Jungle Juice will be felt within about 30 seconds of taking it, and they last for about two to three minutes. However, it will affect each individual user differently, depending on their:

Is it not an addictive drug, and users of Jungle Juice will typically not experience any dependence to it. There also will usually not be any specific withdrawal symptoms experienced. However, the person using it may need a few days for their bodies to adjust without it.

The drug should absolutely not be ingested, meaning that it should not be swallowed, because it is actually an extremely poisonous substance. Consuming Jungle Juice through the mouth could cause a severe and dramatic drop in blood pressure. For example, a few people at a festival in Manchester were actually hospitalized a few years ago for drinking poppers.

On top of that, it should be kept away from the eyes, the face, and skin in general, as it is a powerful irritant.

What are Jungle Juice Poppers?

Jungle Juice poppers appear as a liquid that produces a vapor to be inhaled. Typically, they are sold in very bold, colorful wrappers to make them look more appealing and exciting. While users can inhale the vapor directly into the nose or mouth from the bottle, it does have its risks. Doing this can spill the liquid onto the skin, which will severely irritate or even cause a rash. On top of that, it could easily be ingested through the large bottle opening if it’s being inhaled through the user’s mouth.

Often times, these poppers are labeled as room odorizers to get around the fact that they are illegal in many countries.

The drug is extremely flammable and should be kept away from any candles, cigarettes, or other open flames. Some users will dip the end of an unlit cigarette into poppers and inhale it; however, this is potentially very dangerous as they could aspirate the liquid into their lungs.

The Side Effects of Jungle Juice Platinum

So, what are the side effects of the Jungle Juice drug?

As discussed previously, people will typically use poppers for the euphoric or intoxicated feeling, or for enhanced sexual excitement. However, many potential users are deterred because of the after-effects or potential side effects of using Jungle Juice poppers.

Since the drug is primarily acting as a vasodilator, the dilated blood vessels can cause a few different side effects, including:

For someone that experiences too low of a blood pressure drop after taking Jungle Juice, they could potentially faint and completely lose consciousness.

On top of the side effects of the blood pressure changes, the drug can also cause the following issues and effects:

Lastly, Jungle Juice poppers can potentially cause loss of coordination, chest pains, nausea, and nosebleeds in some users.

For more serious side effects, there has been new evidence published that has linked the new chemical composition of poppers to retinal damage. Also, anyone with issues regarding their blood pressure, heart, glaucoma, or anemia should completely avoid using the drug altogether.

The drug could even be fatal in some instances, as ”sudden sniffing death syndrome” has been reported as well.

While Jungle Juice drugs may seem like an interesting drug to try out for a multitude of reasons, the side effects and risk may not be worth it.