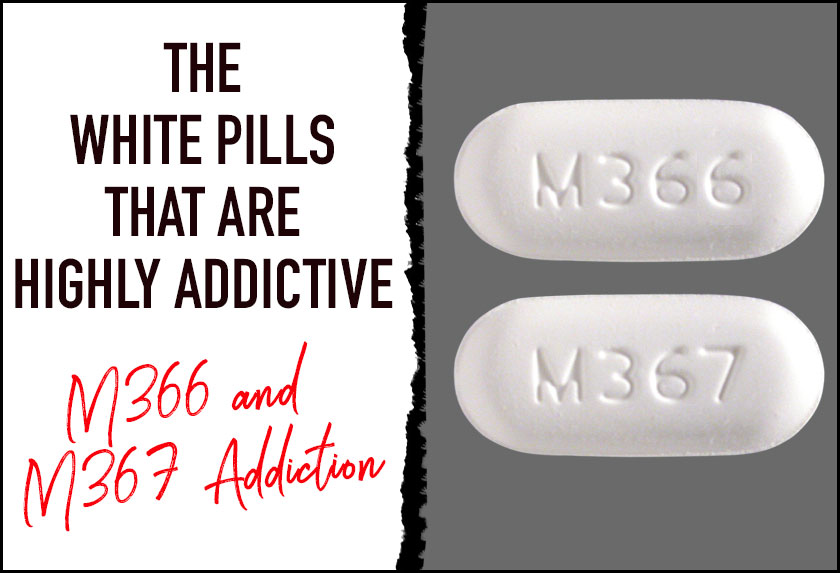 They’re little, white, oblong pills. It’s the M366 White Pill and the M367 White Oval Pill and you if find these but don’t have a prescription for them, you should be suspicious.

They have M366 or M367 etched into the pills and you’re not sure what they are. You’ve just found them stashed somewhere in a loved one’s room or mixed in with their belongings.

And, you’re right to be concerned. These little pills have been the ruin of many, and the beginning of the end for others.

If you’ve stumbled across these pills and want to know more about them, below we describe what they are and how they can be dangerous and cause problems for the person illegally using them.

They’re commonly prescribed in the aftermath of injuries and medical procedures. Hydrocodone is considered a “weak” painkiller by many standards, but its misuse and abuse can still have devastating consequences and lead to seeking similar drugs that are more potent.

They’re commonly sold on the street under a variety of name brands despite this imprint being the generic version of the pill. You might have heard them referred to as Vicodin, Norcos, or Lortabs depending on what terminology the person was familiar with. 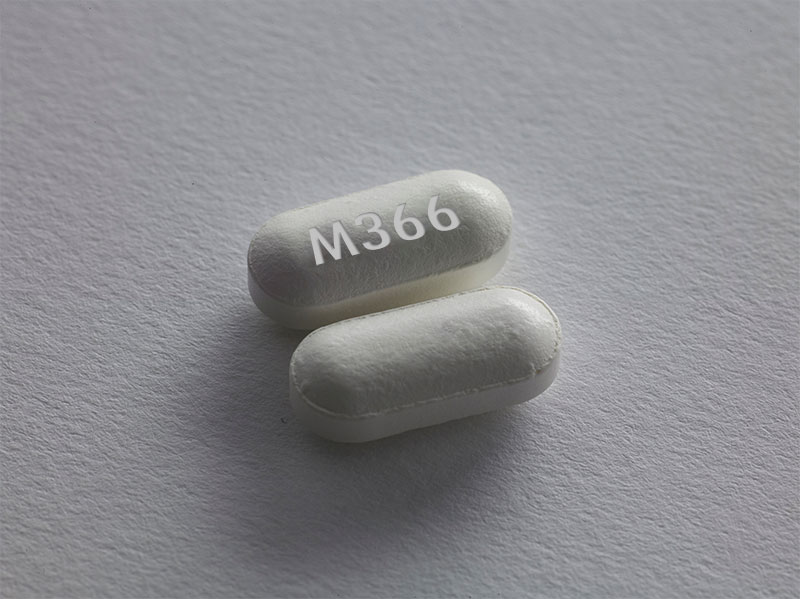 Opioids are prescription medications indicated for the use of pain management. Whether or not a person receives a script for them after a procedure is largely dependent on the doctor’s assessment.

Prescription cough syrups containing a similar mixture of acetaminophen and hydrocodone are sometimes prescribed as well and have the same potential for abuse or misuse. These work by suppressing breathing, and the calming effect can also relieve severe coughing symptoms and provide relief.

The most common problem stems from the fact that hydrocodone can produce euphoria, sedation, and relieve anxiety in patients. The heavy abuse potential of opiates and their derivatives has been known through much of human history, beginning with crude opium extracts from poppies.

Diverted medication is frequently used for recreational purposes on the streets. Unfortunately for the users, it’s not just a harmless bit of fun because it can lead to increased use and very quickly form a dependence.

All opioids are capable of forming both a physical and mental dependence.

For someone who’s trying to quit, both of these can result in serious issues. The mental dependence keeps a person’s mind chained to the drug.

The physical symptoms of withdrawal make it even harder on a person who has become dependent on them and trying to quit. Withdrawal symptoms from this class of drug can result in the following:

The withdrawal symptoms from opioids are sometimes described as being similar to a serious case of the flu. With no other complications, opioid withdrawal isn’t actually life threatening. But the uncomfortable nature of the symptoms often brings people back to the drug time and time again just to feel normal and escape the extremely uncomfortable side effects of trying to quit using the drug.

How Dangerous Is Hydrocodone?

On its own, hydrocodone can cause respiratory and cardiovascular depression that may result in death if too much is taken.

The hidden part of the issue results from the fact that people often “graduate” to other opioids as their tolerance goes up. The availability of cheap heroin is particularly tempting for those who are getting sick when their supply runs out.

More than one person has gone from taking a couple of hydrocodone tablets on Friday nights to using a needle to inject heroin and feel the effects more quickly and intensely.

Adding to this already danger experience, fentanyl is commonly added to heroin these days by dealers who are trying to “boost” the strength of their supply or fluff it up so they have more product. This can result in an unpredictable strength that puts the user at further risk of an overdose.

In recent years, fentanyl has been added to heroin, opioids, cocaine, meth, and even Xanax to create a more intense high than all of these drugs in their natural state. Fentanyl added to these drugs is one of the leading reasons the overdose rate has increased in the midst of the heroin and opioid epidemic.

The risk is much the same as with any other opioid, even those that are naturally considered stronger. Physical addiction, mental dependence, and an overall downward spiral will inevitably result from becoming addicted to opioids and eventually heroin.

Prescription drug abuse has rapidly become the new “gateway drug” for adolescents as well, especially from drugs like M366 or M367. After all, they’re discrete, easy to find, and make people feel good. The only downside is that they’re also often the first stepping stone on a path to crippling addiction. How Can I Tell If Someone Is Abusing Hydrocodone?

Opioid use can often be more difficult to recognize than many of the other common drugs of abuse. There’s no smell, pills are small enough to be easily hidden, and the effects on the user sometimes aren’t apparent until they’ve passed a high threshold of intoxication or use and effects have culminated over a long period of time.

The effects, which are apparent to those around them on a daily basis, can be subtle but will usually give some good clues as to what may be going on such as some of the following:

However, these pills are frequently prescribed by doctors and dentists for managing pain after surgery or other medical procedures, so caution should be taken before calling someone out if you’re not 100% certain. Someone who is sensitive to the medication, for instance, may display the same symptoms as someone who is abusing them to get high.

If you’re trying to find out if a friend or loved one is abusing the pills or taking them in a way they were not prescribed, it’s important to look at their behavior.

Common and easily noticeable symptoms of addiction sometimes include:

If you’ve found the m366 white pill, you’re already off to a good start. If any of the above signs are showing up in the behavior of a loved one, it might be a reason to suspect the person could be on their way to forming a habit.

If the above signs are accompanied by more serious ones, like losing a job and stealing money to fuel their supply, they might be on track for something more serious like an addiction problem. If it progresses to that stage and goes unchecked, the person will need treatment to avoid moving on to more potent drugs like heroin.

It’s important to act quickly but not too hastily when you or someone close to you is on a path toward addiction. This is the time to speak up and find out what is really happening.

There are plenty of solutions available when seeking outside help for the possibility of addiction. Finding or misusing the M366 white pill or M367 pill doesn’t mean you or a person you know is doomed to become addicted. But there might be cause for alarm if the use escalates and continues for a long period of time.

Tolerance to these types of drugs increases quickly and more of the drug will be needed just to feel the effects they produce as well as keep withdrawal symptoms at bay.

For many addicts, addiction isn’t the end of the road. It’s just a big speed bump on the highway of life. If an underlying condition is fueling the addiction dual diagnosis treatment centers are available for help.

If you or a loved one is suffering from prescription pill dependence or any other kind of addiction, it’s time to act.